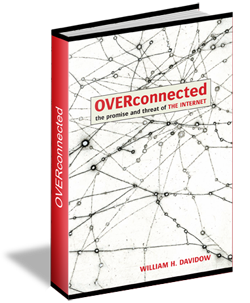 In OVERconnected, Bill Davidow, a former Silicon Valley executive, successful entrepreneur, scholar, historian, and bestselling author (The Virtual Corporation), explains how the almost miraculous success of the Internet has also engendered a unique set of hazards and challenges for government, social institutions, business, and economies.

The benefits of our highly-connected state have been myriad and dramatic, propelling economic growth and making the world more efficient.  The practical applications of this new medium – the ability to manage our lives and businesses at anytime from anywhere, network and socialize with our friends, and create commercial enterprises that span the world – have made the Internet a force unequaled in scope or impact in our daily lives.  But high levels of connectivity can also create a degree of momentum that is devastating.

In OVERconnected, Davidow meticulously — and counter-intuitively — anatomizes how overconnectivity can create systems with excessive amounts of positive feedback, making those systems extremely volatile, accident prone, and subject to contagion. Davidow explains how the Internet – and the overconnectivity it gave rise to — played a starring role in the collapse of the Icelandic economy, our loss of privacy, and the spectacular real estate and financial market crash of 2008.

OVERconnected identifies problems with our overconnected environment that few people understand.  Through skillful use of history, Davidow puts current events in perspective. Drawing on lessons from the past, he offers a set of practical suggestions that will help to minimize future missteps.

This book is available from these online retailers: 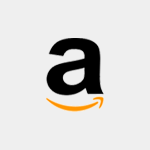 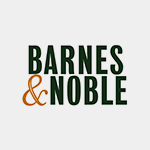 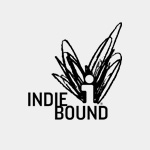 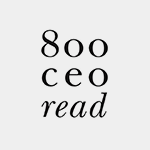